I read my first Richard Powers’ novel (Operation Wandering Soul) while in graduate school over twenty years ago. I’ve read everything he’s written since then. I note this because there’s a compelling sameness to his body of work. Lots of reviewers have complained that his characters are flat, designed more to embody ideas and ways of understanding than to portray complex human emotions. For me, that’s more of a feature than a bug. I can barely remember any of his characters and that’s fine. What stands out for me is the subject of each book. Orfeois the one about avant-garde music; The Gold Bug Variationsis about classical music; Three Farmers on the Way to a Dance is about photography; TheEcho Makeris about brains and birds. Gain is about corporations.

In that way, The Overstory: A Novelis about trees. This sense of “aboutness” is at the heart of each of his novels. Powers writes about a subject like Herman Melville writes about whales or N.K. Jemisin writes about earthquakes. His chosen subject leads to a way of being in the world; give Powers a subject and he will make you an ontology. If you want to know, Gainwill tell you what it is to live in a world of corporate personhood. He’ll tell you the history and the present of that world, and he’ll at least gesture toward the future of it.

So what is it to live in a world of trees? It’s a slow, subterranean, aerial world where communication takes place through sunlight and volatile organic compounds. Unlike the Lorax, who gets mentioned once in the book, Powers does not speak for the trees. Some of his characters try to do this, but Powers speaks near the trees, in the trees, around the trees, even asthe trees. The Overstory’s first section is called “Roots.” Its final three sections are called “Trunk,” “Crown,” and “Seeds.” The book grows like a tree. In between these tree parts are sections titled with human names, but most of these humans take on tree pseudonyms. “Douglas Pavlicek” becomes “Doug-fir;” another character becomes “Maidenhair,” another “Mulberry,” another “Maple.” A character thinks of death as “hemlock time” (417). In fact, trees render time inhuman in The Overstory. One character, Neely remembers a favorite science fiction story about aliens who land on earth but remain unseen by humans because “they operate on a different scale of time. They zip around so fast that human seconds seem to them as tree years seem to humans” (487). And some other characters come close to experiencing what could be called “tree time.”

A character sentenced to two consecutive terms of seventy years in prison thinks of the sentence in tree time. “Seventy plus seventy is nothing. A black willow plus a wild cherry. He was thinking oak. He was thinking Douglas-fir or yew. Seventy plus seventy. With reductions for good behavior, he might even finish out the first half of the sentence just in time to die” (471). Another character suffers a stroke and sees himself “turn brown and fall” (311). He loses most of his ability to speak and move. He becomes a tree. Later, his wife “envies” the stillness that has been forced on him.  “His years of enforced tranquility, the patience of his slowed mind, the expansion of his blinkered senses. He can watch the dozen bare trees in the backyard for hours and see something intricate and surprising, sufficient to his desires (458).  When he dies, she thinks that she will join him, “at the speed of trees, very soon” (498).
Through the scale of tree time, Powers tries to makes global warming visible. A character has a mystical experience in the “boreal north” (355) and briefly hears trees speak.

The black spruces down the drumlin put it bluntly: Warm is feeding on warm. The permafrost is belching. The cycle speeds up.

Farther south, broadleaves agree. Noisy aspens and remnant birches, forests of cottonwoods and poplars, take up the chorus: The world is turning into a new thing (355-6).

The man thinks to the trees, “we’re all doomed.” The trees tell him that “we have always been doomed.” The man tries to tell the trees that “things are different this time.” And the trees answer him: “Yes. You’re here.” (356). Humans destroy what the lodgepoles and jack pines call “long time,” the slow time of the lifespan of trees, the slow time of evolutionary change, the slow cycles of climate change. The trees tell the man that human time is deadly; it goes too fast other living things to adapt. Humans have accelerated global warming past the point of return.

Ray, the character who has a stroke, lies in bed and comes to the same realization. He reflects on his previous life as a property lawyer. He realizes that no law, no attempt to avert global warming will work. They’re on the wrong time scale. “Life will cook; the seas will rise. The planet’s lungs will be ripped out. And the law will let this happen, because harm was never imminent enough. Imminent, at the speed of people, is too late. The law must judge imminent at the speed of trees” (498). Tree immanence is unthinkable for humans. It has been for at least a century, since humans sped up time with the industrial revolution. Powers makes the case trees live in a fundamentally different world than humans. Unfortunately for trees, these worlds overlap. One character thinks, “it’s not the world that needs saving. Only the thing that people call by the same name” (495). Tree time, tree world, trees themselves, can outlast the short time of global warming.

This is sort of where The Overstoryleaves us. It’s not a happy book. Powers makes a science-fictional gesture toward a techno-scientific understanding of life, but it is only a gesture. He’s not the type of writer who speeds off into the future. He tries to slow things down. He succeeds for 502 pages. But then the book ends with the voice of a ghost, and the stillness of its last few pages disappears. Back at the beginning of the book, a pine tells a woman “Listen. There’s something you need to hear” (3).

Re-presenting Poochie  I’m back writing about  Nancy , hopefully on a more regular basis. Readers of  Nancy  will know that Olivia Ja...

I am a Professor of English at Drake University in Des Moines, IA. I teach contemporary fiction, literary theory, and eco-something or other.
I write about fiction, music, Adventure Time, and whatever else I feel like. 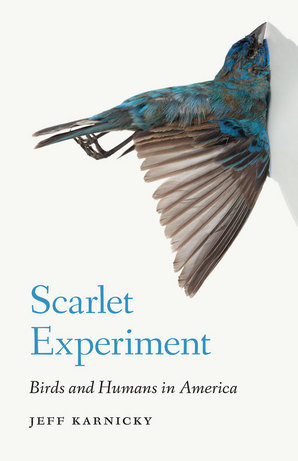 I am the book review editor for Configurations, the journal of the Society for Literature, Science, and the Arts. You can contact me about by clicking here.